❰❰ BACK
October 1, 2017 - That's a Wrap on Zoul
On Sunday, my latest film Zoul wrapped principal photography. Thank you so much to the talented cast and crew. It was a hell of a lot of fun, and I can't wait to edit it all together. Stay tuned for more updates! 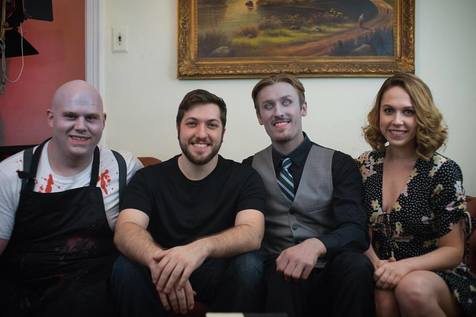 August 3, 2017 - Zoul Preproduction Announcement
Well, it's official! My newest short film Zoul is now in preproduction! It's a horror comedy about a sharp-dressed demon who drinks souls out of a flask. Dissatisfied with the recent subpar quality of souls, he decides to find a good soul to consume. When his assistant's niece comes to live with them, he sees a good soul in her ripe for the taking. Stay tuned for updates!
May 3, 2017 - Hofstra University News
My alma mater Hofstra University was named to Variety's 2017 list of “stellar” film programs worldwide. Read the full article HERE and check out the video featuring my films Wanted and The Wrong Side of the Universe.
February 25, 2017 - Concurrence Screening at the 2017 Winter Film Awards
Tonight, I presented Concurrence to a nearly sold out screening of the 2017 Winter Film Awards at the Cinema Village Theater in New York City. It was such an honor to be selected among such great films from all over the world! The after-party wasn't too bad either.
December 4, 2016 - Concurrence at the New York Film & TV Festival
On Sunday, I presented Concurrence at the New York Film & TV Festival in Williamsburg, Brooklyn in the Wythe Hotel. I held a short Q&A session afterwards.
November 10, 2016 - We Are Moving Stories Interview
After the Big Apple Film Festival, I was fortunate enough to be interviewed by We Are Moving Stories. Read the full interview HERE!
November 5-6, 2016 - A Crazy Weekend with the Big Apple Film Festival and 30under30 Film Festival
This weekend, I presented Concurrence at two festivals. On Saturday, it screened to a sold-out theater in Manhattan at the Big Apple Film Festival. Then on Sunday, it screened to another packed house at the 30under30 Film Festival. Both had Q&As afterwards, and it was great meeting a bunch of talented filmmakers from all over the world!
September 25, 2016 - FirstGlance Film Festival Philadelphia
Both Concurrence and Wanted have been named semi-finalists at the FirstGlance Film Festival in Philadelphia!
September 14, 2016 - Toronto International Film Festival Creative Minds
I had entered Wanted into the Toronto International Film Festival through Creative Minds, and it is now a finalist!
September 5, 2016 - Woods Hole Film Festival Best of Fest
I am pleased to announce that after screening Concurrence at the 25th Annual Woods Hole Film Festival, it was selected to screen again at the their "Best of Fest" screening at the Cotuit Center for the Arts on September 18th.
September 3, 2016 - Vote for Concurrence for Sundance Ignite
Today, I entered Concurrence into Sundance Ignite. View and vote for it HERE!
September 2, 2016 - Newspaper Cover Story
I was interviewed by Hicksville News newspaper about my film screenings at Cannes.
CLICK HERE to read the full article!

​August 1, 2016 - TruTV Comedy Knockout
Recently, I have been working for TruTV as a postproduction
​assistant on season 1 of Comedy Knockout. After months in the making, it finally aired tonight! 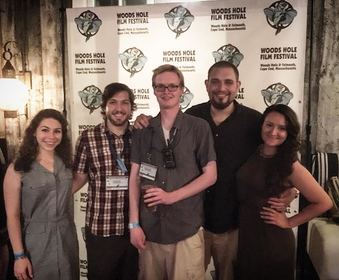 July 31, 2016 - Woods Hole Film Festival
This past weekend, I had the honor of presenting Concurrence on the opening night of the 25th Woods Hole Film Festival. Thanks to everyone who attended the screening and the Q&A afterwards. The festival was ranked in MovieMaker's list of "50 Film Festivals Worth the Entry Fee, 2016," and I can definitely see why. In the short time I was there, I met some great people and saw some amazing films.

June 21, 2016 - Picture This Poster Contest, Sponsored by Adobe
Thrilled to announce that the poster I made for Concurrence has won second place in the Picture This poster contest, sponsored by Adobe. Last weekend, it was displayed at TERMINUS, a film festival/convention in Atlanta, Georgia. The poster is now hanging in the Adobe offices through the month of July.
May 23, 2016 - Cannes International Film Festival
Today I finally returned home after spending two life-changing and eventful weeks at the 69th Cannes International Film Festival. There I met talented industry professionals and celebrities from all over the world and showcased my work. I went to the red carpet premieres of Steven Spielberg's BFG, The Nice Guys with Russell Crowe and Ryan Gosling, Hell or High Water with Jeff Bridges, Chris Pine, and Ben Foster, and Mel Gibson's Blood Father, among others. The experience was incredible, and I hope to return again in the future! Check out pictures from the festival below!
March 31, 2016 - 2 for 2 at Cannes
This morning I received news that my senior thesis film Wanted has also been accepted to Cannes Film Festival's Short Film Corner. With Concurrence, that makes two of my films at Cannes!
March 1, 2016 - GoFundMe Campaign
As Cannes Film Festival draws near, my friend and Concurrence director of photography Joe Plescia and I have started a GoFundMe campaign to fund our trip to France. This is an incredible opportunity for us. Please check out the link to the page here: https://www.gofundme.com/sss43bdw​
December 9, 2015 - Forbidden
Since the summer, I have been working on a short animated film called Forbidden, and tonight I was lucky enough to pitch it via Skype to executives at Frederator Studios. To see what I submitted -- artwork, storyboards, and a finished script -- check out "Forbidden" under the Storyboards Tab!
October 23, 2015 - Discovery Channel Pacific Warriors
Since July, I have been a post production assistant at Original Media working on an incredible new show called Pacific Warriors. I'm so excited that all the hard work is paying off and that the show is finally airing its first episode tonight at 10/9C on the Discovery Channel. Check out the show's Facebook page here: https://www.facebook.com/pacificwarriorstv

July 1, 2015 - LA Cinefest
My senior thesis film, Wanted, has officially made it into its first post-college film festival. As of this morning, it is an official selection for LA Cinefest! ​
May 15, 2015 - Wanted
My senior thesis film, Wanted, premiered at the Hofstra Film Festival tonight and won the award for Best Cinematography. The script is posted under the Projects page, and the finished film will be uploaded shortly!
﻿April 24, 2015 - Concurrence
I am excited to announce that the short film I directed, Concurrence, is on its way to be screened at a festival in Los Angeles! The film was conceptualized, written, shot, and edited in a less than a week as a part of Campus Moviefest. At the university level, it won awards for Best Picture, Best Director, Best Actor, and Best Actress. In Los Angeles, it will be screened alongside winners from other universities from all across the nation.
❰❰ BACK