July 16, 2019 - Zoul at the Hudson NY Shorts Film Festival and the Chain NYC Film Festival
I'm happy to announce festivals #11 and #12 for Zoul! With these two, I have officially surpassed my previous record with Concurrence, which screened at 11 festivals. This whole festival experience has been an incredible ride, and I'm still waiting to hear back from more!
#11: The Hudson NY Shorts Film Festival already took place over the weekend in upstate New York.
#12: Zoul will also screen at the Chain NYC Film Festival, which takes place at the Chain Theater in midtown Manhattan.
And as a reminder, the Long Island International Film Expo (LIIFE) will be screening Zoul tomorrow. Let me know if you can make it!
June 27, 2019 - 2 More Award Nominations for Zoul and Zoul at the Grove Film Festival
I'm pleased to announce that Zoul has received 2 more award nominations in 2 different festivals:
1) Best Horror TV Series Award Nominee at the Venus Italian International Film Festival
2) Best Dark Comedy Award Nominee at the Atlanta Comedy Film Festival
Zoul also screened at the Grove Film Festival alongside dozens of great films by some of the nicest filmmakers I've ever met in the festival circuit.
May 6, 2019 - Zoul Award Nominations at the Crimson Screen Horror Film Festival
Zoul got 3 nominations in the Crimson Screen Horror Film Festival! I was nominated for Best Director of a Short Film. Kent Coleman, who perfectly brought the undead demon Z to life, was nominated for Best Actor. And Nick Proto, the VFX wizard who made all the effects look kick-ass, was nominated for Best Special Effects. Congrats guys! You earned it!
April 19, 2019 - RLab Motion Capture and Virtual Reality Master Class
Recently I was chosen to participate in RLab's first ever master class on motion capture, virtual reality (VR), and augmented reality (AR) technologies.

I had a blast! I donned the velcro motion capture suit, similar to the ones worn for films such as Avatar, Planet of the Apes, Lord of the Rings, and any other film involving Andy Serkis. Every subtle movement I made was tracked in real-time by a system of 16 calibrated cameras. I was so impressed after witnessing this technology firsthand, my next film project might even be motion capture + VR.
​
Located in the Brooklyn Navy Yard, the newly-created RLab is jointly-funded by NYU, Columbia University, CUNY, and The New School, and will be a hub for innovation, education, and entrepreneurship in this emerging field. As the RLab continues to grow, they will be offering more master classes and learning opportunities, so keep an eye out for announcements if you're interested. 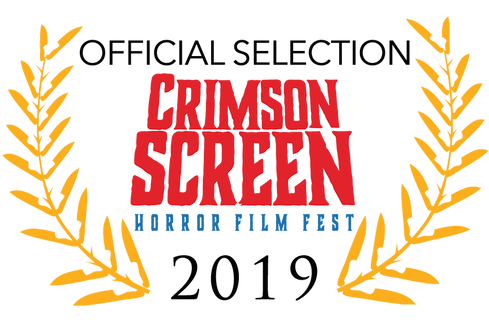 April 8, 2019 - Zoul Crimson Screen Horror Film Festival Official Selection
Another festival acceptance for Zoul! I've known about this one for a while, and I'm so excited that I can finally announce it. Zoul will screen on Friday, May 24th at The Crimson Screen Horror Film Festival in Charleston, SC! This is also Zoul's first horror-specific film festival acceptance. Zoul will be competing for a chance to win a "Crimmy Award," the trophies of which are designed by "The Conjuring" and "Annabelle" special effects artist Tony Rosen, who also designed the famous "Annabelle" doll for both films. Each trophy is handmade and signed by Tony himself. The Crimson Screen Horror Film Festival is an IMDb-accredited event and the only horror film festival sponsored by ShortsTV, the world's largest distributor of short films. I will be traveling down to Charleston to walk the "dREaD Carpet," and if anyone lives in the Charleston area and would like to attend, let me know. I'd love to see you there!